0
No products in the cart.
Back To Beverage 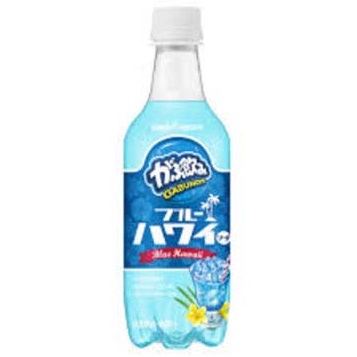 Blue Hawaii Soda is a cocktail that originated in the 1950s, it is mix of:

A Blue Hawaii is typically served on the rocks. As with most tropical drinks, there are many variations in preparation, presentation, and ingredients. Hence, it is often blended with ice, margarita-like, to be served as a frozen cocktail. Many variations of glassware are used, the more whimsical the better: tiki mugs, cocktail glasses, parfait glasses, or carved out coconuts or pineapples.

Because it is easy and inexpensive to make, it is often served as a punch. At its simplest, it is a bottle or two of plain or coconut-flavored light rum, a bottle of blue curacao, a can of pineapple juice, and a bag of ice, mixed together in a punchbowl. The Blue Hawaii is seasonal, often considered a summer or warm weather drink. Occasionally, because it contains yellow pineapple juice, the Blue Hawaii will have a green coloration instead.

The Blue Hawaii was invented in 1957 by Harry Yee, legendary head bartender of the Hilton Hawaiian Village (formerly the Kaiser Hawaiian Village) in Waikiki, Hawaii when a sales representative of Dutch distiller Bols asked him to design a drink that featured their blue color of Curaçao liqueur. After experimenting with several variations he settled on a version somewhat different from the most popular version today, but with the signature blue color, pineapple wedge, and cocktail umbrella.

The name “Blue Hawaii” is related only indirectly to the 1961 Elvis Presley film of the same name, and apparently derives instead from the film’s title song, a hit composed by Leo Robin for the 1937 Bing Crosby film Waikiki Wedding. It was Yee who named the drink which, along with the films and songs, many other tropical drinks he invented, and tiki bars such as Trader Vic, did much to popularize a faux Hawaiian tiki culture, both in Hawaii itself and on the Mainland. The era was immediately pre-statehood, a time when Hawaii was thought of by most Americans as playground for the rich. Tourism and development was already significant, but all centered on Waikiki and at only a small fraction of today’s levels – about 100,000 visitors per year then, compared to seven million today.